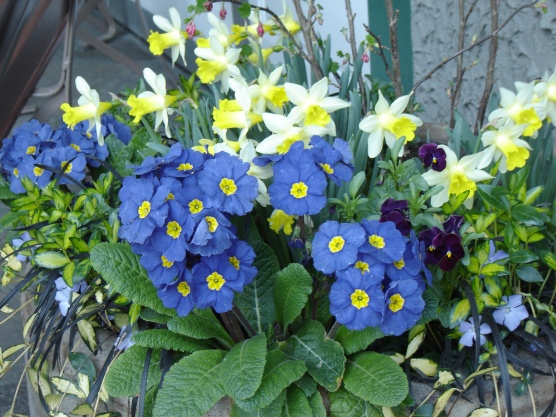 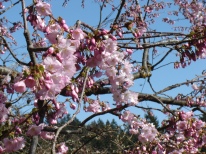 Last summer my sister and her husband awoke in the middle of the night to a loud crashing noise and saw flames shooting up outside their second floor bedroom window. The sound was that of glass shattering.

The fire started under the veranda. Earlier in the day they had tried to burn out a wasp nest. At eight o’clock in the evening they thought the fire was completely out.

The flames engulfed the front of the house and they managed to escape out the back door with little more than their lives.

There is no way I can fully comprehend how it must feel to lose one’s house and possessions. I cannot imagine the panic, or the flashbacks, or the haunting dread of having to face the devastation, or the feeling of paralysis when suddenly numerous decisions need to be made.

The couple was fully insured and initially the insurance company was helpful in providing money for immediate needs and putting them up in a hotel. But after that there were numerous snags and requirements to meet before they could be reimbursed and start rebuilding. Every little item had to be recorded and then priced if they were to receive any money for it. New house plans had to be drawn and quotes obtained from three different contractors. All of this was faced by a family whose lives were shattered.

When we are suddenly forced to close a chapter of our lives we wish we could go back, but we cannot. Grief is not only about the thing that is irreversible, but also the loss of what might have been, and sometimes the loss of faith in life being good.

Recovering from loss is different for each person. Some take longer. Some suffer from depression while others don’t. It is a process of restoration of faith. Recovery can happen when we begin to embrace the hope that there is still good in store for us.

I learned an interesting lesson before Christmas. I don’t have to have a complete plan in place before I initiate something.

A friend and I get together on occasion and play some music. One day in early November I made a suggestion. Why not practice a set of Christmas music and see if we can find places to sing? The idea was surprising to my friend, and to tell you the truth, I surprised myself. I didn’t know if this would go anywhere, but we could begin by trying.

We met nearly every day for a week to work on our set list. We chose all the popular songs we loved, like White Christmas, Silver Bells, Mary’s Boy Child, and a collection of traditional Christmas carols. Then we practiced for up to ten hours a week.

Once we began to sound pretty good to ourselves we thought we should see if we could get a few gigs. We came up with a name–SweetClover, designed a promo brochure, recorded a short demo and contacted a list of seniors homes. To our amazement we soon had a few bookings. Through a friend of mine we were even invited to be the featured guests at a Salvation Army Women’s Christmas Tea.

Now we had to fine-tune our show. We started to practice by setting up just as we would for a performance. I had a portable sound system we were able to use. We recorded and timed our songs, so that we knew we were within the time frames we were given. We had a nice mix of faster and slower songs.

When it came to our first performance we were ready. A seniors home requested that we sing a short, fifteen minute set for each of their units over the lunch hour. We didn’t need our sound system for this, but it meant picking up and hauling our equipment down the hall or up an elevator three or four times. We did this two afternoons. It was a great breaking in period.

The highlight of the season was the Salvation Army Tea. The women who organized the event had decorated every table uniquely with its own Christmas theme and special tea settings. The church looked very festive with trees and lights, an over-sized open Bible on a podium, large poinsettias, and life-like figurines of Mary and Joseph.

This was our first time with a sound system and there were a couple of snags to work through but we had given ourselves plenty of time so as not to feel under pressure. The large decorative arrangement at the centre of the stage blocked the view from half of the room so this had to be moved, which then in turn required us to rearrange some of the other decorations. In consultation with the person in charge, we were able to get the stage set with time to spare.

We thoroughly enjoyed ourselves and were very well received by an enthusiastic group of about eighty women. This did a lot to boost our confidence.

At the end of the season we looked back in surprise, almost disbelieving what we had done. It all began with a suggestion to put together a set of songs and see what would happen.

Last week I went to an Open House in Queens Park, New Westminster. After thirty-five years of living in this house, and raising a family, the owner is selling.

I recently spent time with a friend whose in-laws just sold their home of fifty-seven years. It is heart-breaking for them to part with it.

I have lived in many houses, but strangely I have never been head-over-heels in love with any one house. I did have a nostalgic attachment to the home I moved away from when I was eight years old. Renters trashed it and when I went back my memories were displaced by reality.

If I counted right, I moved seven times when I was single and on my own. We have moved sixteen times during our marriage, not including times when we were in a temporary location during furlough. Each time we moved I would take a moment to pray a prayer of release from one home to the next one. I think this may be the reason why I never had lingering longings to go back.

Every move brought a new adventure. It was not always a move up, but it was a move forward into a new phase in our lives. With each home I tried to look at possibilities and make our home the best it could be.

The Open House I looked at lists for about five times the price of our current condo. I thought maybe I could start a Bed and Breakfast. Who knows what the future holds?

Realistically, as we get older it is better to narrow down our ambitions to what is manageable. Yes, it is heart-breaking to leave the home of your dreams, especially when it is filled with decades of memories and is where you raised your children.

As we age, it can feel like life is closing in, our options are diminishing. It can be a sad time. But the best way, the only way, to approach this change is with courage and optimism, focusing on the advantages of the situation.

You will find some helpful tips for downsizing at http://www.styleathome.com/homes/real-estate/top-10-tips-for-downsizing/a/308 .

We were in Beacon Hill Park when I observed an elderly gentleman sitting on a bench with his violin. The strains of his music floated through the gardens and no one appeared to pay him much mind. But his presence stirred me. Aged and mellowed he played his instrument with the grace and confidence of years. Youth is vibrant and attractive, like the mulit-colored flowers in the gardens. But only the passage of time can create the quiet shelter and shade of a towering tree. To me this man was no transient busker. He belonged, just like the tree next to which he sat.